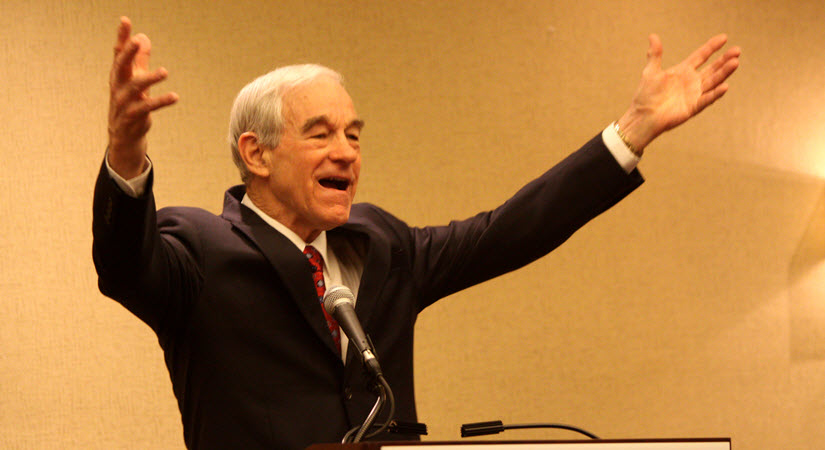 I recently saw a survey that reported the majority of Americans, regardless of their political affiliation or income level, agree that inflation is their number one concern.

That’s not surprising. An 8.6% destruction of your purchasing power every year is bad enough – but if we used the 1980-based inflation measurements, we learn that inflation is likely about double the official number.

There’s been a lot of finger-pointing and scapegoating, and I’m sure it’ll get even more intense in the months ahead. According to the Biden administration, some or all of these factors have caused four-decade-high inflation:

You’ll note that all five of these excuses are completely out of the government’s control. If you believe this story, you’ll accept that the US is at the mercy of these vast global forces knocking our economy around.

In truth, it’s all nonsense.

There’s only one possible cause of inflation in the US and that is our government. Let me explain why.

Businesses do not cause inflation

Recently, the White House has gone on the warpath, scolding Exxon for daring to profit while the price of a gallon of gas is so high.

Here’s a little secret for our President: the price of crude oil, and gasoline, is set by supply and demand. That’s all.

If Exxon raised prices above the going market rate, people would simply buy from other companies. That’s how the free market works. Exxon would have to lower its prices or go out of business. Since we don’t allow monopolies in the US we have companies competing for customers, all struggling to offer the lowest prices to win business share from one another.

Rising wages do not cause inflation

In order to lure workers back to the office, the story goes, businesses have had to raise wages – and that causes prices to rise. You’ve heard this story, right?

One small problem with this theory – while paying has gone up, prices have gone up faster. Most people are losing purchasing power even though their pay is going up.

Americans spending money do not cause inflation

What about the “pent-up demand” theory? When the pandemic lockdowns were over, everyone ran out and spent all their money and that caused prices to rise?

Well, when demand rises, prices tend to go up – exactly as long as the excess demand lasts. If inflation was caused by higher demand, it would indeed be “transitory.”

Vladimir Putin does not cause inflation (at least, not in the US)

Over the last few months, the Biden administration has a new scapegoat for all-time record-high fuel prices: Vladimir Putin. Putin’s invasion of Ukraine caused global crude oil prices to surge. The President himself has frequently referred to “Putin’s price hike” in an effort to focus American outrage on our Cold War adversary.

There’s just one small problem with this story… See, Putin’s invasion didn’t meaningfully affect the world’s oil supply. In fact, President Biden and the European Union’s financial sanctions, in retaliation for the invasion, led to some unintended consequences. Europe imports huge amounts of Russian oil – which is now illegal to pay for, thanks to those sanctions. Russia is perfectly happy to continue selling to China, India and other nations that haven’t enacted economic sanctions.

So whose fault is this really?

Supply shortages do not cause inflation

When supplies decrease, prices rise (which is why cars are so expensive these days). People either pay those higher prices, or wait for the prices to revert to more usual levels.

When people pay today’s higher prices for, say, a new car, they have less money to spend on other things. So overall, across the entire economy, higher prices on cars are offset by reduced demand for other products and services. (You have to remember that an American family, unlike the government, can only spend so much before they go bankrupt.)

There’s only one thing that causes inflation, and that is the government.

Since the beginning of the pandemic panic, US dollars in circulation rose from about $15.5 trillion to over $22 trillion:

That’s what causes inflation. Making more dollars reduces the value of every other dollar.

Since the federal government uses inflation, the creation of new money, to pay its bills, we can think of it as a tax. A tax everyone pays in higher prices. Some pay more than others.

Inflation results in a transfer of wealth from savers and workers to speculators, bureaucrats and government-favored special interests. People who worked hard and saved, the retired and anyone on a fixed income are robbed just as surely if they were mugged on the street. The very people who should be rewarded for their efforts in planning for the future are hurt the most.

Inflation is no different from counterfeiting, printing up dollars in a basement, and buying things with them. Everyone knows this is stealing – fraudulently exchanging something worthless for something valuable. And this is exactly what the government does with inflation. (An undetected counterfeiter “stimulates the economy” as much as government money-printing does.)

Our government gives us what today seems normal – constantly rising prices. They aren’t a fact of life, they are an act of government. Inflation undermines growth and leaves the vast majority of Americans worse off than they would have been without all that extra money.

There’s only one safeguard against inflationary destruction

The Founding Fathers, after their experience with inflation during the Revolution, said that real money was physical gold or silver. Our government is far too addicted to deficit spending to ever voluntarily return to a gold standard. Eventually, this cycle of borrow-spend-inflate will fail – after destroying the purchasing power of the dollar for all time.

I strongly encourage you to protect your own and your family’s financial futures by diversifying some part of your savings out of dollars and into non-inflatable, intrinsically-valuable gold and silver. Both have proven a safe-haven asset for thousands of years before our Founding Fathers used them as the basis of real money.

Unless you believe the government is willing to pull the plug on the printing presses voluntarily, and stop the inflationary destruction of our economy and our nation, I strongly recommend you learn more about diversifying your savings with physical gold and silver. Both have been prized long before the invention of the dollar, and will likely be valuable long after.

With global tensions spiking, thousands of Americans are moving their IRA or 401(k) into an IRA backed by physical gold. Now, thanks to a little-known IRS Tax Law, you can too. Learn how with a free info kit on gold from Birch Gold Group. It reveals how physical precious metals can protect your savings, and how to open a Gold IRA. Click here to get your free Info Kit on Gold.