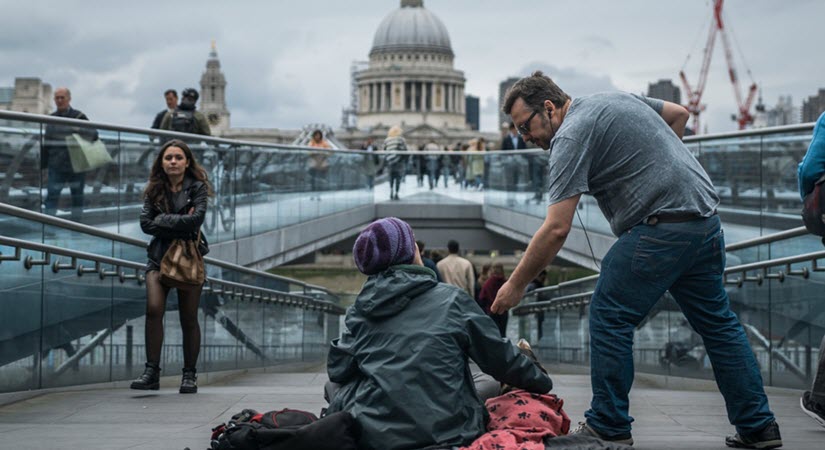 We’ve suggested many times that an economic “storm could be brewing” so that you could start or continue preparing for it.

Well, if Jamie Dimon (CEO of JP Morgan) is correct, it looks like we might have underestimated how bad things could get. According to a recent report on CNBC, Dimon predicts that something much worse is barreling towards our economy:

“You know, I said there’s storm clouds but I’m going to change it… it’s a hurricane,” Dimon said Wednesday at a financial conference in New York. While conditions seem “fine” at the moment, nobody knows if the hurricane is “a minor one or Superstorm Sandy.”

He went on to describe part of the Fed’s game plan for addressing the rampant inflation of the moment, and how he thinks it backed the central banks into a corner:

“We’ve never had QT like this, so you’re looking at something you could be writing history books on for 50 years,” Dimon said. Several aspects of quantitative easing programs are “backfired,” including negative rates, which he called a “huge mistake.”

Central banks “don’t have a choice because there’s too much liquidity in the system,” Dimon said, referring to the tightening actions. “They have to remove some of the liquidity to stop the speculation, reduce home prices and stuff like that.”

When Dimon says “stop the speculation,” he’s referring to finally collapsing the “Everything Bubble” I’ve been writing about for months. He’s warning us that the Fed’s announced plans of raising interest rates and shrinking the money supply will make the stock market rout even worse than it’s already been (the S&P 500 is down about 14% year-to-date at the moment). Based on the CAPE or Shiller PE ratio, stocks have to fall another 50% to reach historically average valuations.

When Dimon says, “reduce home prices,” he’s referring to the absurd growth we’ve seen in home prices – up 20% in the last year alone! The astonishing pace at which home prices have outrun wages since 2000 makes it clear that housing is also in a bubble:

That’s the scale of the problem the Fed’s trying to solve: both stocks and homes, the two investments most Americans rely on to build their savings, are astonishingly overvalued.

And that’s exactly why Dimon’s right that the Fed’s actions, and the economic consequences, will be exhaustively analyzed in economics textbooks half a century from now.

We’re spending a lot of time explaining this because Dimon talks like a multi-millionaire Wall Street elite who says things like “derivatives” and “gamma” without definitions.

The bottom line for everyday Americans is, Dimon’s hurricane warning is worth heeding. Because if he’s right, we’re looking at a Category 4 event…

What happened to the Fed’s “soft landing”?

The Fed is in a tough spot right now. In fact, Reuters reports that a “soft landing” is not likely:

The Fed is under pressure to decisively make a dent in an inflation rate that is running at more than three times its 2% goal and has caused a jump in the cost of living for Americans. It faces a difficult task in dampening demand enough to curb inflation while not causing a recession.

Major central banks, already plotting interest rate hikes in a fight against inflation, are also preparing a common pullback from key financial markets in a first-ever round of global quantitative tightening expected to restrict credit and add stress.

The Fed must continue raising rates and shrinking the money supply in order to tackle inflation. That makes at least a recession virtually inevitable. Remember, Volcker’s Fed had to create two recessions in order to drag the nation out of the stagflationary 1970s, and one of those was so severe that some called it “the Little Depression.”

So if you take Fed Chair Jerome Powell at his word, that he’s really going to get inflation under control, logically, you should expect a recession. You should also expect inflated assets (stocks and housing included) to crash down to earth. And “major central banks” around the world are doing the same thing, at the same time. Don’t expect global investors to come riding the rescue of the US economy because they’re likely to have their own struggles at home.

It might be tough to take Powell’s commitment as an inflation-fighter seriously. After all, we’ve watched the Fed ride to the stock market’s rescue constantly for over two decades.

However, a different Reuters report explains that the Fed shifted its stance from “hope” to taking firm action on inflation (finally!):

The Fed hopes inflation will moderate on its own… But Powell has also made it clear that the Fed is no longer counting on that, and will ratchet interest rates as high as needed.

“As high as needed” could mean up to 20% (that’s what it took Volcker’s Fed). Fed Vice Chair Lael Brainard is backing Powell up, saying it’s “very hard to see the case” for any pause in rate hikes and QT until inflation is back to normal:

We’re certainly going to do what is necessary to bring inflation back down. That’s our No. 1 challenge right now.

Neither Fed official official mentioned the stock market or the housing market. They’re trying to say, without actually scaring anyone, “Look out below!”

I’ll bet the 1970s equivalents of Jamie Dimon warned about incoming hurricanes, too – because it takes strong economic medicine to counteract 40-year-high inflation. Overpriced speculative markets simply can’t withstand high interest rates and quantitative tightening. You could think of these macroeconomic factors as a kind of financial chemotherapy, which works by poisoning everything but hopefully only killing off the most dangerous forms of speculation.

It seems like Dimon’s hurricane will take the form of a lengthy, borderline-catastrophic recession.

And that’s the good news.

Dimon also explained his concerns on how the conflict in Ukraine is making matters worse:

Dimon said he is also worried about the conflict in Ukraine and the impact it will have on oil prices, predicting on Wednesday that it’s in the cards for crude prices to eventually spike as high as $ 150 to $ 175 a barrel.

“Wars go bad. They go south. They have unintended consequences, ”he said, adding that this conflict will continue to roil the commodity markets around the world, impacting the prices of oil, gas and wheat.

Any number of externalities can bring about a situation the Fed might not be able to handle at all, and prices could still keep rising despite their best efforts.

Ultimately, each and every American must remember this:

The Federal Reserve is watching out for the US economy – but only you are responsible for safeguarding your own finances.

With that in mind, how should we prepare?

If you already live on the East Coast, or maybe on the Gulf of Mexico, you probably have your hurricane supplies stashed in your garage or spare room. You hope you won’t need them, but when you do, you’re sure happy to have them.

Because it’s too late to prepare once things really get out of hand. You would not insure your home while on fire, or try to modify your collision insurance policy while waiting for a tow truck. At that point, you’re at the mercy of the catastrophe taking place. Just try shipping for food and water while under a hurricane warning and all too soon you’ll learn that the shelves are empty, and anything still available will sell for five times yesterday’s price.


It would be smart to ensure some portion of your savings are safe, even if you don’t “brace yourself,” as Dimon suggested.

Concerned about the Fed’s inflation-fighting resolve? Right now is the best time to look into inflation-resistant investments that can help prevent your purchasing power from being crushed by 40-year-high inflation.

More concerned with enduring a market meltdown and a grueling recession? Like many other prudent savers, you’ll likely want to diversify your savings with physical gold and silver. I recently covered a report on gold’s performance during similar historic episodes – see Bonds fail to protect as they have throughout history, what about gold?

Whether you choose to heed Dimon’s warning to “brace yourself” or not, please do remember that the Federal Reserve is watching out for the US economy, not for your personal financial wellbeing. That part’s up to you.