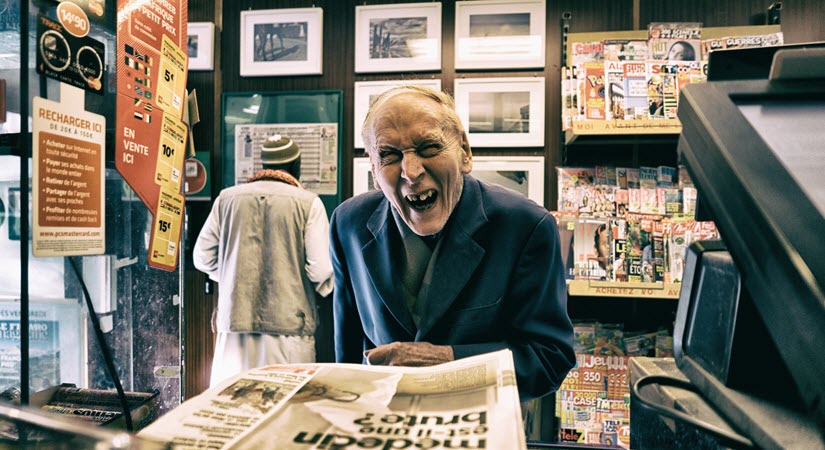 The US economic picture doesn’t look good right now, from any perspective. In some ways, virtually every economic signal looks like it’s flashing a warning.


An analysis by Rabobank indicates the possibility of global recession:

The forthcoming round of earnings report could be a difficult read for many investors. While most commodity prices have dropped back sharply from their highs on the back of recessionary fears, energy security issues remain a huge concern in Europe.

And of course there’s the damage already done to global financial markets, dashing any hopes of a recovery in the second half of the year:

A range of other asset classes also saw significant losses, including bonds. The traditional “safe havens” were among the few exceptions to an otherwise ugly six months.

Jim Reid, a Deutsche Bank strategist, put it pretty well (note that “H1” and “H2” are the first and second halves of the year): “The good news is that H1 is now over; the bad news is that the outlook for H2 is not looking good. ”

The bad news extends to US bonds, which are considered a relatively stable “safe haven” to park cash. Finding a comparably awful period for the US bond market requires us to travel 234 years back in time. By Bloomberg:

Not since 1788 – the year before the founding of the Treasury – have US bonds fallen so much, according to a calculation by Deutsche Bank AG strategists.

By that measure, the roughly 10% drop in 10-year Treasuries this year is the steepest since bond losses exceeded 25% in 1788…

Surely it could not get any worse.

The S&P 500 on the decline is one thing, and bonds turning into a worst-in-two-centuries performance is another.

Of all major base metals and agri-commodities including, believe it or not, wheat and softs such as sugar and cotton, there is only one commodity whose price is still above the levels recorded just before war in the Ukraine broke out: iron ore.

In other words, in less than a month, all commodity price gains since the Ukraine war have been wiped out.

Six major economies will join the US in falling to recession in the coming year. The euro area, the UK, Japan, South Korea, Australia, and Canada will also see an economic growth contract. Tightening monetary policy, faster inflation, and worsening financial conditions are the main reasons for the downturn.

A glance at the year-to-date performance of top global stock markets reinforces the picture of an international economic contraction. Here they are in order of GDP, largest first:

None of the top global stock market indices are in the green this year. None.

(There are a few bright spots… Chile, Ecuador, and Argentina have bucked the global trend – so far.)

After considering all of this, we’re left with a question. Bad news by itself usually isn’t actionable. Since we’re all saving for a sound financial future, since we’re all hoping to retire securely one day, a comprehensive bad news update can feel dispiriting.

What is anyone supposed to do with their money?

With such powerful, far-reaching correlations across asset classes (stocks, bonds, commodities) and across the globe (Americas, Europe, Asia) does such a thing as a safe haven investment even exist?

When world inflation is already high and getting higher, how can we safely store value without losing purchasing power a day at a time?

One step prudent investors are taking

I’ve been going back over and over to Ray Dalio’s fantastic book Principles for Dealing with the Changing World Order. Along with many other insights, Dalio offers some practical advice about the importance of savings diversification. A lack of correlation between assets is paramount.

He also provided an absolutely prescient analysis of the world current economic woes back in 2019and made one specific recommendation:

I believe that it would be both risk-reducing and return-enhancing to consider adding gold to one’s portfolio.
I believe that gold is an effective portfolio diversifier.

Furthermore, Dalio says “most investors are underweighted”In safe-haven assets like gold,“ meaning that if they just wanted to have a better balanced portfolio to reduce riskthey would have more of this sort of asset ”like gold.

Regardless of what you may think of Dalio as a persontake note of this: his company Bridgewater’s flagship fund gained 32% during the first half of the year.

It seems to me that one of the world’s most successful investors is saying, “Buy gold – more than you think you need. If you already own gold, buy more. ”

I don’t think that’s an exaggeration!


Of course, no one can be right every single time. Dalio’s advice might not be right for your particular financial goals. Whether you diversify your savings with physical precious metals like gold today or not is completely up to you. If you’re interested in protecting your retirement savings with a gold IRA, you can learn more here.

If you don’t, I think you’ll have ample reasons to reconsider in the near future. The great thing about physical precious metals like gold and silver are economically resilient. As Adam Trexler said,

The best time to buy gold is before a crisis.

Because once the crisis starts, it’ll likely be much more difficult and expensive to do so.